The international community considers precious metals as safe-haven: as soon as the stock and currency markets show high volatility, investors immediately transfer the capital into gold. Only for the past 3 months gold has risen for more than 11% — China’s economy,  not promising messages from Europe affected the preferences of investors. If gold is such an attractive asset for investment, would it make sense to individual and institutional traders to invest in precious metals?

What determines the value of an asset, if we are talking about commodity markets? We believe that it is the demand for the commodity and its relative rarity (limited number). If the asset is too small, it will not be able to fully satisfy investor demand if it will be a lot, it will lose an exceptional value. Gold and diamonds (take as long as they are the basis of an asset) are rather rare.

Diamond is a rare mineral, which is limited in production and actively used in knowledge-intensive industries, such as medicine, space industry. Refers to solid natural material (though other synthesized materials that are superior to the diamond in this parameter, for example, fullerite).

The leading countries in diamond mining (evaluation of cost, because the price of a diamond varies significantly depending on its size):

Interestingly, not so long ago the President of Zimbabwe nationalized the diamond industry of the country, considering that extraction of the mineral will help to fill the budget.

Diamond mining is under the control of the Kimberley Process, an organization controlling the legal trade of diamonds in the world. After diamonds are mined, passed their certification, they are sent to the companies that will do the processing. Thus, the investor has two options for capital investment:

There is no way to purchase diamonds directly. Difficulty may also arise at the stage of search of a company that offer a diamond with the necessary certification and document certifying its authenticity and origin, with the seal of the company or appraiser. For example, in one of the countries of the CIS there are only 3 such companies  — although there are much more intermediaries offering diamonds, only via these 3 companies diamonds come into country. 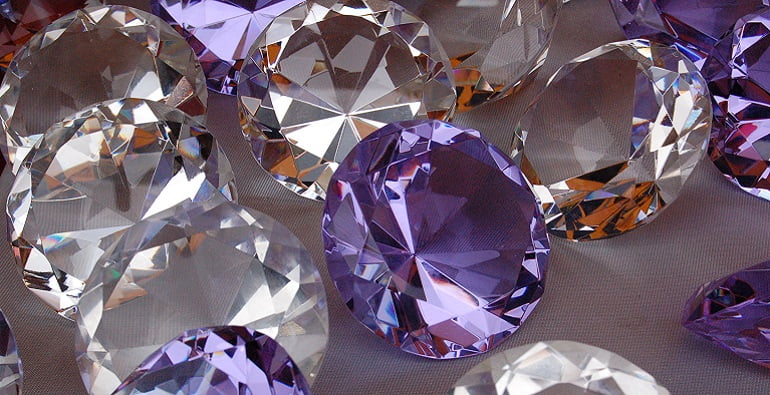 What a potential investor needs to know

Investing in gemstones is not as simple as, for example, gold. The existing methods of valuation of a diamond may confuse in a few minutes. On the other hand, without assessing a diamond purchase is also impossible, as there is a risk of losing by purchase the stone with the real cost 50-80% cheaper. Investing in gems can be compared with the stock market — it is difficult to say which of the varieties of diamonds will rise more.

Yet the price of gems does not set the demand and the quality of the diamond, its uniqueness (rarity). The largest companies which produce diamonds, created the Association (ALROSA, De Beers, etc.), but they do not have control over the prices of the stones (unlike OPEC).

Most in diamond selling are interested intermediaries who offer stones that have passed all 4 stages (4th – the conversion of the diamond in jewelry). According to them, investing in precious stones is a great idea because:

The authenticity of the diamond can determine only an expert, but there are also some quick ways to distinguish an original from a fake:

Possible investment in other precious stones that differ in relative stability. For example, alexandrite for 35 years rose in price in 25 times, tourmaline is 30 times, the bright blue sapphire — 45 times.

Investing in diamonds: does it make sense?

The legislation in the countries of the former Soviet Union adds the problems. For example, there are issues with the subsequent sale of diamonds to individuals. In other words, it is possible to buy the diamond from the company but you may not resell it to a neighbor . The solution may be selling at auction, a pawnshop, but it is the loss of 30% of the cost of the stone. Russia plans to establish a diamond exchange, such exchange exists in Israel.

Summarizing all the above, we note that investments in gems make sense as a diversification of the investment portfolio. The diamonds practically do not lose value, but grow slowly; it is important to be able to determine which stone will go up (you need to be a specialist or seek advice from professionals). Another advantage of diamonds — expiration date – they will not oxidize like metals, and therefore the stone can be a good family heirloom for several generations.

For private investors the diamonds is a way to preserve capital, but not increase it. When the commodity markets will be volatile along with the stock, investing in precious stones will be the best conservative strategy.

New service for private investors: the opportunity of direct lending to legal entities by physical persons

Are shares of state companies worth bying