2017-th year requires new investment ideas, and we have them! Until the oil is volatile and is not showing significant growth, while the U.S. dollar and the stock markets are at their peaks and are ready to deploy at any moment, while emerging markets only thinking to go for growth, we offer investments in cattle — fast short to medium – term strategy able to profit. The alternative can only be an exotic pair, but they have the disadvantage of low liquidity (which is not true of cattle and pork) and long-term orientation.

Food has always been liquid but 2016 was disappointing. The reason is not the growth in demand (although the population number increases), and speculative capital, who preferred the American currency, gold (in a period of uncertainty) and the stock market. All markets supply dipped. Below are two charts of wheat and corn over the past year. 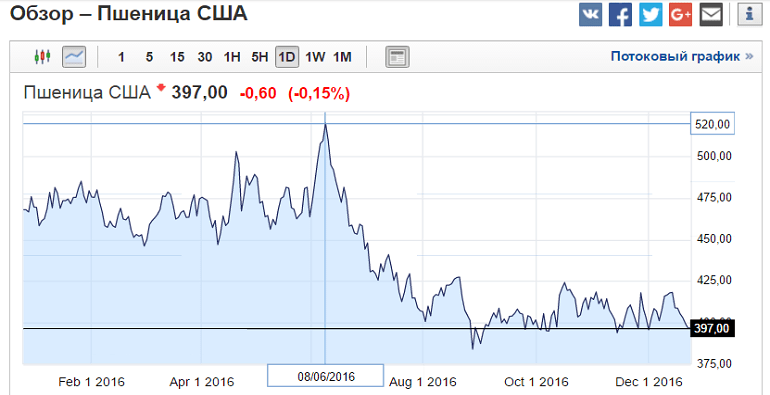 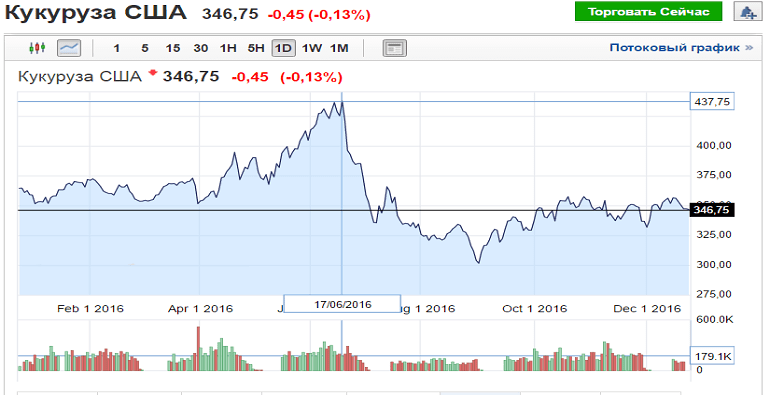 As you can see, since mid-summer there has been a sharp drawdown in both assets. We could talk about a reversal of the trend, but it is not. This means that to invest in the grain is still early, but we need to closely monitor this market — as soon as there is a clear upward trend, immediately to open long positions with the expectation of the June level.

Completely different situation with investment in cattle. Here after drawdown in June there has been a clear upward trend. Investment in cattle and pork can make a profit in January for those who have time to invest in this asset the money! Below both the annual schedule of assets. 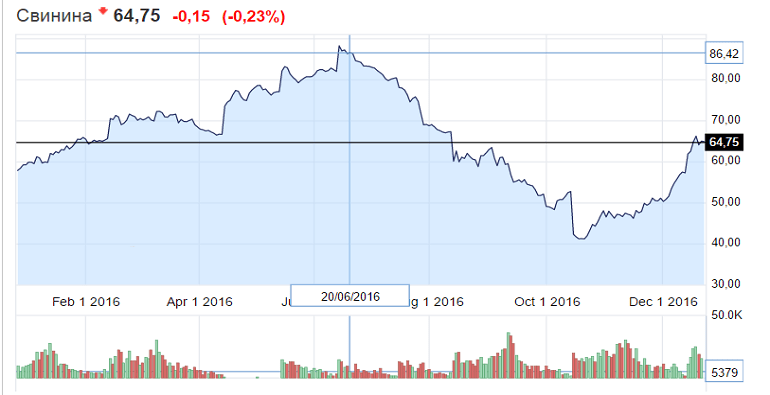 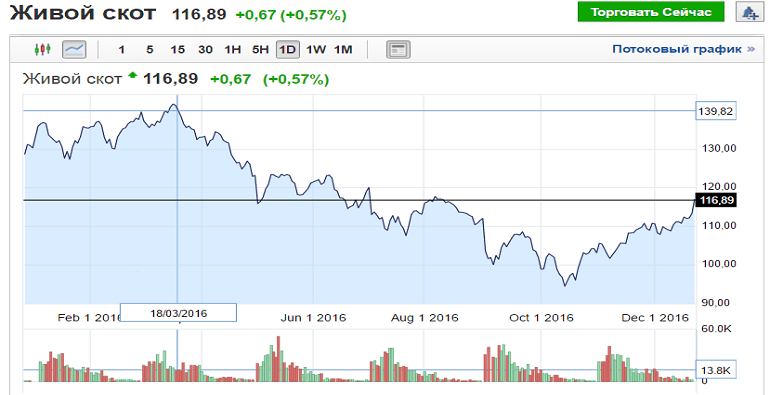 If we analyze charts for grain and meat in 5 years, we can see that the peak value of the grain were in the middle of summer 2012 and 2013. This means that the seasonal increase of prices of grain are still ahead — it is important not to miss, but so far the quotes are volatile. But investment in cattle and pork are already starting to win back losses. 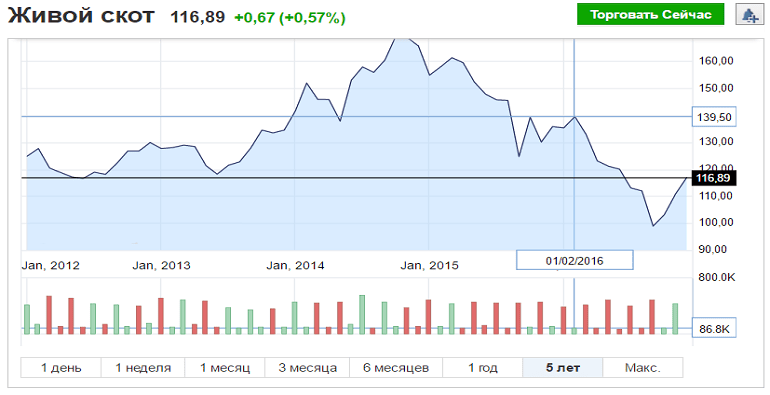 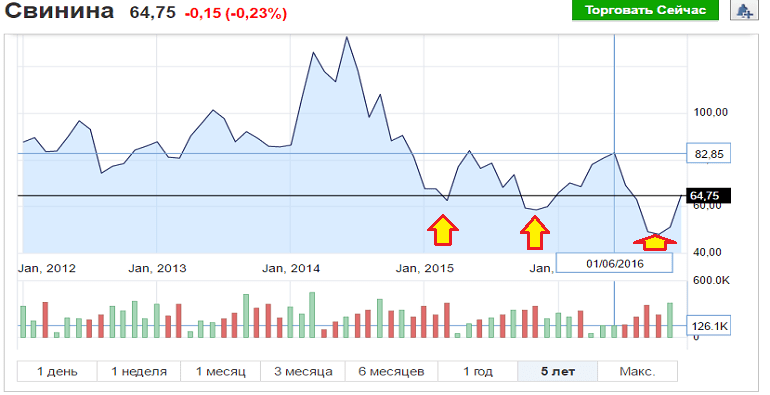 Interestingly, the potential of pork is much milder than in cattle. Note the three deep drawdown on the 5-year chart of pork, and now the quotes are selected to important highs (but to invest you can still catch). Charts of cattle a much more stable and potential levels is still relatively far away.

And a few words about how to invest in cattle. As the statistics shows, the price of this asset decreased from a maximum value of 41%, which was not never in the last 50 years. In other words, the current drawdown is the largest for all time of existence of the asset. The fall in pork prices was even greater — 69% compared to the highs of 2014. Can invest via ETFs, that is bought on the U.S. exchanges shares of the funds that specifically invest in cattle and pork.

For the domestic investor the yield on the US exchanges possible in three ways:

One of the ETF funds — iPath Bloomberg Livestock Subindex Fund (Nyse — COW). Investments in cattle, too, bear risks, because such a strong drop in prices can be explained by the oversupply. On the other hand, there is a possibility of pressure from speculative capital. Investors realize that prices have passed the bottom and are opening long positions. And it is unlikely they will fix them soon.

Summary. Buy COW, wait when the  investment in cattle will bring a minimum of 25% profit, sell half. For advanced investors might be interested in holding the position for a period of 6-18 months.