MetaTrader 5 was released by the developer on 1 June 2010, but in 6 years never gained popularity with the traders. Trading platform continues to be updated and it can even be found in some brokers, but in most cases, brokers offer the 4th version. What platform to choose : MetaTrader 4 or 5?

MetaTrader 4 is one of the most popular platforms for trading on the currency markets. The fame of the terminal has brought optimum functionality, fast processing speed and built-in tools with the ability to program your own expert advisors or indicators. Some brokers tried to offer MT4 for trading binary options but because of the complexity of the management of attempt it was not successful.

MetaTrader 5 or 4? Let’s start with the advantages of the 5-th version, there are only few ones.

With exactly the same design and set of technical tools multitasking of the platform has been expanded. Now traders are able to trade not only with currency, but also in the stock market and CFD trading. Increased processing speed, the opportunity to test the trading strategy on multiple currency pairs. With the aim of raising the efficiency of testing the EA or strategy has the opportunity to combine the processors (computers) in a single network.

The possibility of trading in the stock markets — this is probably one of the biggest advantages of the platform. As for testing, in fact, multi testing makes the platform more convenient. But, alas, the shortcomings of the MT 5 is not compensated by this.

In addition to 9 classical time frames in MT 5 added intermediate 12. To some extent it reveals the possibilities to build new strategies, but in the 4-th version that was available when you run the script Period_converter. Appeared the depth of market with option in 1 click. Yes, it is convenient, but in MT4 there are similar plugins.

To the already existing 3 kinds of performance added 4 th- Exchange (stock performance). However, in any case, this kind of performance is needed and what brokers support it, so far, remained unclear. To the existing 4 major orders added two more:

Professionals will appreciate new orders (the principle of their production is shown in the figure below), and newcomers can only confuse. And given that in MT 4 these innovations do not exist, traders can easily use it without these orders. 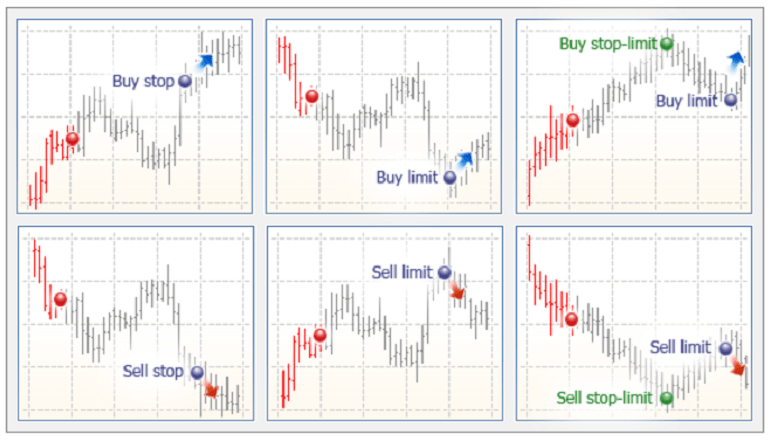 All these pleasant things seem to be useful, but not enough to make a decision: the MetaTrader 4 or 5.

And these are only the most serious shortcomings of the platform, but enough to make a choice in favor of MT 4.

Summary. What platform to choose — MetaTrader 5 or 4, you decide, as it depends on personal preference and strategies of each person. But certainly it is clear that MT has not become an innovation platform and all its disadvantages definitely outweigh the advantages. From the point of view of logic, the developers would have to remove existing constraints in the MetaTrader 5 or to modify the 4th version, adding functionality of 5th. But for 6 years nothing happened. According to traders, the MT 5 is almost a full copy of MT4 that was released with the goal to raise website traffic and number of downloads. This means that the Metatrader 4 will still be the most popular platform for a long time.

VPS: what the beginner should know and how to make the right choice