The two largest exchanges in China are in fact the leaders of the Asian stock market. Successful reform in the 90-ies of the last century helped to create an efficient market structure. By combining the individual stock exchanges there were created two stock exchanges, pursuing radically different goals:

The founding date of the Hong Kong stock exchange is considered 1891. At that time the organization was an Association of stock brokers. In 1914, the platform was renamed to the Hong Kong stock exchange, but the competitors started to chase. The second stock exchange appears in 1921, but HKEx (though it will receive its name only in 2000) manages not only to hold the lead, but remain the core of the stock market. In the late 60-ies there were several mergers (more acquisitions). As a result SENK holding occurs in 1986, which became the monopoly of Hong Kong’s securities transactions.

The listing of the newly created organization includes 249 companies the total market capitalization of 245 billion Hong Kong dollars. in 1992 SENK introduces electronic trading system for clearing and settlement (by the way, a little behind in that of their American and European competitors, who started the introduction of electronics in the 70-s-80-s).

The second stage of automation was held at SENK in 1996. 1997 year have brought dramatic changes in the development of the Chinese stock market. This year there was one of the biggest economic collapses in Southeast Asia, due to which exchange of the PRC received a whopping loss (the drop in the capitalization of 10.4%). In 1999, the Chinese government, taking into account the errors from 1997, conducted a comprehensive reform aimed at growth of competitiveness of all the financial markets of China and Hong Kong, and in 2000 created a single holding company – HKEx Hong Kong exchange, in the form in which it is now.

Today the Hong Kong stock exchange occupies the 5th place in the world by market capitalization and gradually gets to be among the leaders in Asian and European markets. In Asia, HKEx is second only to the Tokyo stock exchange. Here are some interesting facts about the stock holding:

In 2000-s, HKEx was been actively expanding the scope of cooperation both with mainland China and Euro-American markets. Several troubles of the exchange were tied with the schedule of bidding, which is not consistent with the global streaming chart for the sessions. For example, HKEx had the longest lunch break and uncomfortable early morning trading sessions., that was aligned with the Chinese sites only in 2011. 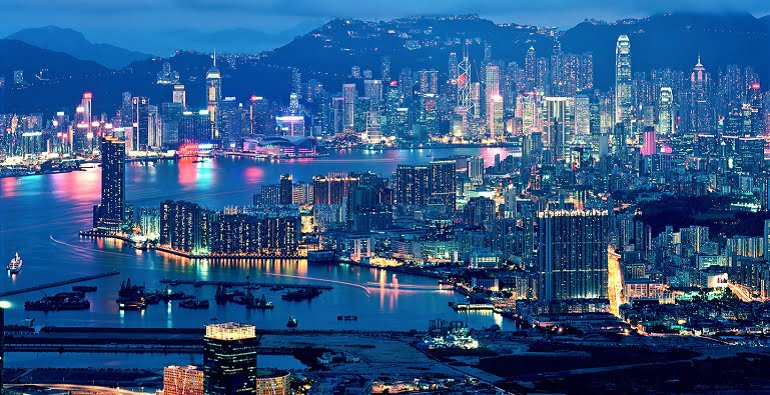 Another problem was related to the principles of the formation of prices. Until may 2008, oil prices were calculated in the last moment of the auction (from 15.59 to 16.00). For determining the quotes the data was taken, fixed for each 15-second interval for the last minute. Then the rules were changed – the quotations began to be calculated after the close of trading on 10-minute interval that led to manipulation of prices. This technique was canceled in March 2009.

And a few words about the indexes that are formed on the HKEx:

Today, HKEx is developing a holding company, which still has some structural problems. Too late trade automation, the economic downturn of 1997 and 2015-16 forced the Hong Kong stock exchange to seek ways to attract new companies and investors. And yet if HKEx is unlikely to catch up on a series of indicators, such as NYSE, to overtake in the coming years, the Tokyo stock exchange can this easily!