NYSE Euronext recently is a part of the Intercontinental ICE exchange, which received the global leadership in the market of futures and options after the purchase, and became the leading market in the world. Even today, NYSE and Euronext are separated but a few years ago, these organizations existed both separately and together. And the degree of their significance for Europe and the United States is to consider these exchanges separately.

NYSE Euronext: exchanges of the USA and Europe together and apart

The date of establishment of the joint European platform is considered to be the 2000th, when  three oldest stock exchanges of Paris, Amsterdam and Brussels merged into a single company. Later they were joined by other 2 exchanges: Lisbon stock exchange and London international financial futures exchange and options exchange (LIFFE).

The focus of the work of the joint platform – the stock market and the derivatives market. As of January 31, 2006 year (a year before the mergers and the new structure of NYSE Euronext) market capitalization of the stock exchange amounted to 2.9 trillion US dollars that made a unified organization 5th by assets in the world.

Euronext exchange is known by the fact that according to the results of the performed trades on its platforms the index Euronext 100 is formed. This is one of the main European stock indicators.

In June 2006, the group announced the merger of Euronext and NYSE, which took place in April of 2007.

NYSE  – The new York stock exchange, which, during the existence of an independent structure, was the largest market in the world and ranked second in the listing of companies (over 330 days). On this exchange such global indices are determined:

The exchange conducts trading in shares of more than 2,800 stocks. Leaders of the trading are the companies that passed the listing of the NYSE “blue chips”, featuring exceptional reliability and prospects.

The history of the exchange began in 1792, when the brokers of new York organized their own trading platform to minimize any commissions. The first mention of the stock exchange’s listing appeared in 1853. At that time the requirements for minimum capitalization of company that wanted its securities to be traded on the stock exchange were introduced.

The difficulties at the NYSE occurred after 1929. First, it is the year of the great Depression, when all stock markets in the world fall, and secondly, the military-political instability that influenced the behavior of investors who prefer to keep their money because of the lack of guarantees of profit. Only in 1950ies the measures were taken (“strategy of four precautions”), which allowed to determine the rules on the stock markets, including the principles of advertising shares. 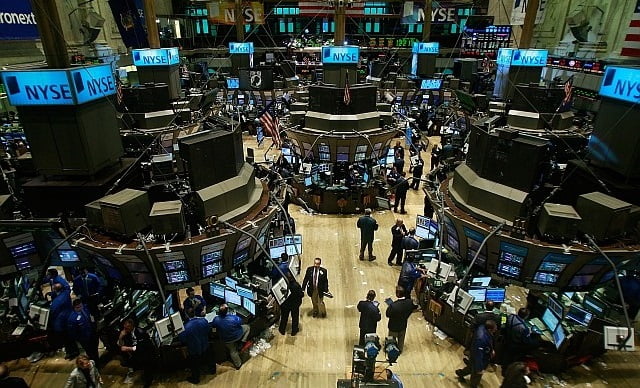 Association of American and European exchanges took place in April 2007. The merger formed a structure that:

8.2 billion dollars were spent by ICE to buy NYSE Euronext. It is noteworthy that the exchange claimed the other two exchanges. First, the NASDAQ, was denied by the U.S. government, arguing that the organization that will be created will become the monopoly controlling almost the entire market share in the United States. Second, Deutsche Boerse was rejected by the European Commission (the motivation – the creation of monopolistic structures in the European market). ICE remained the only bidder for the purchase.

After buying, NYSE Euronext ceased to exist as a separate legal entity:

NYSE Euronext has existed for more than 6 years. In the last 5 years the world stock market is experiencing a series of mergers and acquisitions, and due to this new huge organizations appear on the world scene. Not long ago, Deutsche Boerse made the following attempt to unite, announcing a deal to merge with the London LSE. And maybe soon we will witness a regional Association of stock exchanges among themselves.