CME Group is the largest organizational structure in the North American market of derivatives (derivative financial instruments), which brings together some of the largest stock exchanges of new York and Chicago. Date of Foundation group – 2007 year, the main trading tools with the ability to trade online platforms – futures and options, which are based on the classic assets: 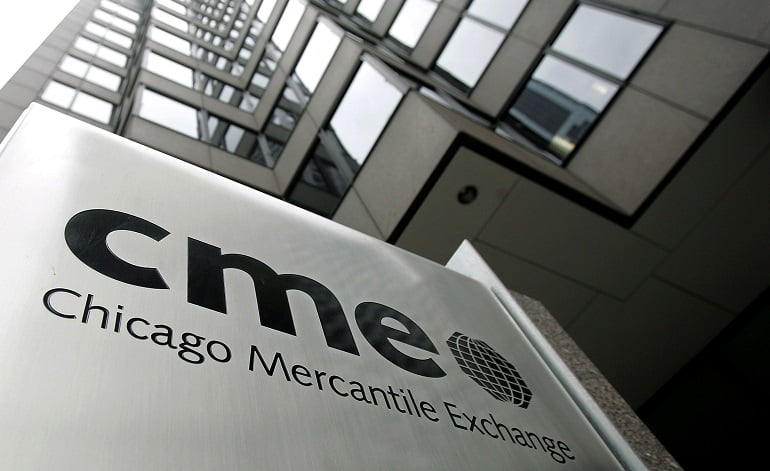 The main assets of the CME Group are the Chicago Mercantile exchange and the Chicago Board of trade, which, before the Association existed as two competing organizations. About the history of their creation and how they work, we will take a closer look.

CME is associated with noisy bids in huge halls, where traders choose the best prices on open voice auction. Today it is a huge structure, which tries to develop a derivatives market, and is not afraid to experiment with new tools and to implement new technological developments. However, there was a history of exchange and more sad moments, despite that the stock exchange managed to avoid bankruptcy, to become a leader in the futures and options market.

The daily volume of transactions on CME is nearly 550 million contracts. Trade is conducted 5 days a week (auctions are held 23 hours out of 24). There is a possibility of working with major futures contracts, which almost all have the so-called mini-contracts, which value is smaller than the main for several times. This allows also to invest money for private investors with limited capital.

Since 1825 Chicago becomes the large trading center, by the help of opening of shipping channel. The transportation of  goods was simplified a lot that made the city more attractive for enterpreneurs, working in the field of commodity markets. The warehouses started to appear in the city, that served as temporary staging area for corn, wheat, meat, wood. In 1848 the first commodity exchange CBOT was founded (we will talk about it below), where the first trades of commodity assets were held.

Active development of agriculture contributed to the appearance of specialized stock exchanges, one of which became the Chicago Mercantile exchange CME in 1874. Its specialization was the provision of trade of butter and eggs, however, in 1919, the specialization was expanded to futures on potatoes, onions and other crops.

The first 30-40 years of its existence, the Chicago Mercantile exchange actually survived for several reasons: Also, an instability played a role: due to military events there were periodic shortages of supply of real goods. Today’s futures exchanges only 3-5% of transactions end in physical delivery of the underlying asset (in 95% the difference in price is paid), then at the end of 1800-ies the delivery of an asset ensured the reliability and credibility of the derivatives.

In the mid 1900-ies Chicago Mercantile exchange was on the verge of closing. If in 1800-ies eggs (main specialization in futures exchanges) was a seasonal product, then after almost a century technology  allowed the supply of customers with this product all year round. So there was no need in futures .

With potatoes and onions (the main asset of the exchange) also turned out to be all bad: Congress legislatively restricted the trade, considering that highly volatile market of these products is artificial (that supported the producers of onions).

The lack of new ideas (futures on apples, cheese, Turkey have not given effect – too little trading volume because of low demand was not the best) brought the stock exchange almost to bankruptcy in 1960. But, as practice shows, the crisis forces us to take risks, generate new ideas and implement new tools. In 1966, CME launched several successful projects:

In 1972, the Chicago Mercantile exchange enters the market of world currencies, opening a separate unit on their trading platform. Success in this direction marked the changing of the course of development of the exchange, which gradually started to move to a more modern trading technologies from commodity markets. In 1980, it introduced futures trading on interest rate on Eurodollar (LIBOR) and on S&P 500 index.

The implementation of new tools of exchange trading required the creation of appropriate platforms (technical support), which could provide the efficiency, transparency of the trading for traders. The result of it was implementation of electronic trading system in 1987, which gave the possibility to conclude transactions out of trading hall of the exchange. Today more than 85% of of stock exchange transactions of Chicago Mercantile exchange are concluded via CME Globex platform, while the trades via the trading hall is rather a tribute to tradition and history.

An interesting fact that CME was able to take this step, while more conservative competitors simply went bankrupt. One of the sources of income of the exchange was the income from membership fees of those who traded directly in the halls. First, because the electronic system was in addition to other trades, providing an advantage to those who entered into the transaction directly in the hall. In the late 90s, the stock exchange equalized all traders, with the result that most of the traders immediately left the halls. CME  lost income, but gained competitive advantage.

In 2002, Chicago Mercantile exchange became a public company which securities we can find on the stock exchange of new York NYSE.

The key point of the current strategy of the Chicago Mercantile exchange can be described as follows:

In addition to combining with the Chicago Board of trade in 2007, in 2012 CME Group joined Kansas XVT increasing Arsenal of assets of derivatives on metals, energy products and wheat. Then it opened 10 offices around the world. 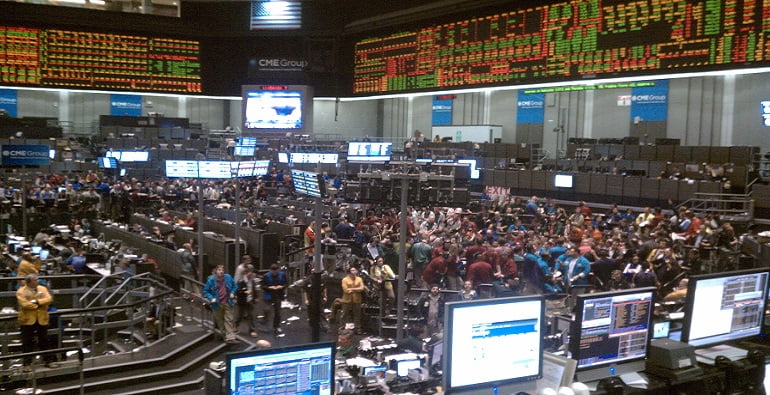 Basic categories of futures and derivatives, the trade of which takes place on the Chicago Mercantile exchange can be divided into 4 categories:

If the first two categories we mentioned above, the latter two should be described more.

Currencies. More than 50 futures and 30 options on currencies of various countries of the world are available for investors. A large part of transactions accounted for U.S. dollar, yen, Euro, pound (UK) and dollar (Canada).

Stocks. Futures are the estimated contracts after the expiration of which the profit or loss is reflected on the accounts. The most popular are the S&P 500 and NASDAQ 100. For example, the contract size of S&P 500 is $ 250, but more than 1 million contracts a day provides E-mini S&P 500 (mini) of $ 50.

Chicago Board of trade (CBOT)

Chicago Mercantile exchange (CME) all these years was side by side with its main competitor – the Chicago Board of trade (CBOT), although which was founded almost 30 years earlier, but still was absorbed by the CME.

Founded in 1848, CBOT was a farmers market, where the auctions were held among farmers. Staff exchange only checked the quality of the goods (grain), assigning it a category according to a scale specially designed for this purpose.

In 1851, an innovation was introduced: the trading has ceased to be an auction, and the price was determined between sellers and buyers in the trading process. The product was supplied with a delay of a few days (forward contracts differ from futures that are traded outside of modern exchanges). Over time forward contracts evolved into futures through standardization. 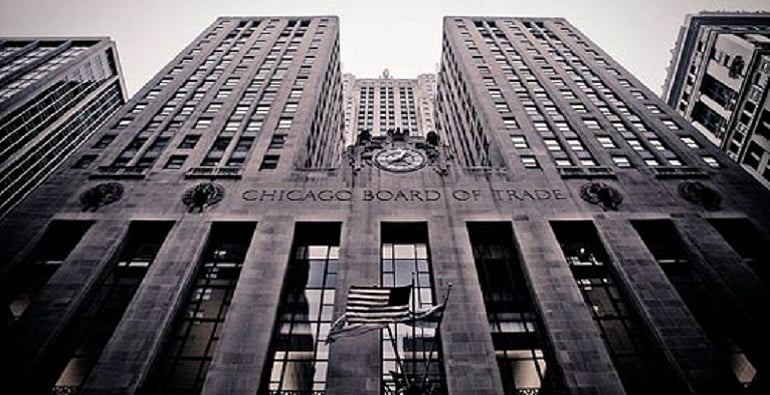 Trades that are held today at CBOT after the merge with CME can be divided into three categories:

Today more than 80% of all the transactions related to agricultural products are held on CBOT exchange.

Learn more about  brokers who offer futures trading at the best platforms of the world!