Moscow Exchange was formed in 2011 by the merger of two largest stock exchanges of Russia – MICEX (date of establishment – 1992) and RTS (created in 1995). The need for the merger was due to the different types of activities, and created holding allowed to unite not only the exchange tools and technical platform, but also the national settlement Depository and the clearing center (NCC Bank (JSC)).

Moscow exchange – the path to establishing a stock market of Russia

During the USSR times, investors could hear about exchange platforms only via the receiver. In the country, that lived locked up for a long time, the concept of the exchange was very slim. Commodity exchanges started to become widespread, but there was no mentioning about stock trading, bonds and moreover about futures. There could not be any mentioning about the stocks, because the majority of property was communal.

The situation changed with the collapse of the Soviet Union. The first MICEX (Moscow interbank currency exchange) was created, which originally specialized in currency auctions, and later started trading with securities. After 1995, at its base the futures market began to form – investors first became acquainted in practice with futures (only in US dollar and  Euro) and corporate securities. Here are some interesting points on which we should focus in the development of the MICEX:

In 1995, RTS stock exchange went a somewhat different path of development. Instead of trying to expand the range of financial instruments, the stock exchange expressed preference for technological development:

Since 2005, the RTS implemented a number of projects, dividing and simplifying exchange markets, giving the opportunity to take part in the auction not only for large customers, but also for private investors (physical persons).

In 2011 by the merger of MICEX (securities and currency) and RTS (the derivatives market) Moscow exchange appeared.

Unlike their colleagues (e.g. ICE, LSE, Shanghai stock exchange) Moscow exchange has no special achievements. Almost every quarter failures occur in the trading system, when investors lose access to a particular sector in 1-3 hours. Not so long ago, the media actively discussed the actions of the MB relative to disconnect from the trading system of several banks. Then it was about the fraudulent actions of third parties, attacked banks, but it underscores the vulnerability of the electronics of the exchange and its members from external threats. We hope that all these defects is the consequence of the youth of the exchange, and soon they all will be eliminated. 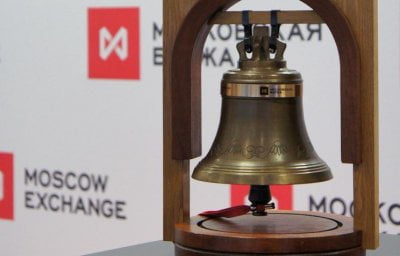 Today, the Moscow exchange consists of several different platforms, each specializing on its direction:

In addition, the Moscow exchange provides services of Clearing centre and the Depositary.

To sum up. Moscow exchange is still quite young but ambitious holding company, but it has a future. There are still a lot of gaps, but they are all eventually disposable. The exchange is actively expanding tools, making trading more interesting and profitable.