Intercontinental exchange (ICE), the largest exchange group in the world, the structure of which consists of stock, futures, commodity exchange, clearing company. Founded in 2000, owns such major exchanges like the new York stock exchange (NYSE), the London international financial futures exchange and options exchange (LIFFE), owned a European stock exchange Euronext, but has sold about 60% of the shares of other organizations. ICE controls the exchange and express OTC markets and is the largest operator in the world, where the trades of futures and options are held.

The stock market as well as the corporate market has mergers and acquisitions, creation of their consortia and corporations. Not necessary to have a century of history, just enough to be a good organizer. For example, the CME (Chicago Mercantile exchange) existed more than 100 years, and for ICE 16 years was enough  to become a world leader just by absorbing other exchanges.

Have you ever wondered how analysts determine the value of the asset at a fixed moment in time? For example, on the basis of what the media publishes information on the cost of oil 48, 93 dollars. US per barrel? After all, there are a lot of exchanges worldwide, and each of them can form its worth.

Intercontinental exchange (ICE) controls more than 50% of futures trades on oil and oil products in the world. In the framework of this exchange is determined by the number of the reference prices at a series of asset: Brent crude oil, canola (canadian oil from rapeseed), etc. ICE oversees futures trading for all types of underlying assets, from currencies and energy, finishing with agricultural goods and precious metals.

The Creator of the exchange, Jeffrey Sprecher (which is still not only the owner but also the Director), drew attention in 1990ies that the U.S. needs a free energy market. With the increased consumption of energy investors and traders needed a structure that would be able to combine the energy market of the country together, which would set prices for resources based on supply and demand, reducing the speculative component.

The idea was supported by the largest energy traders and investment banks:

With their support, the Intercontinental exchange (ICE) and was created, which initially positioned itself as a structure, which provided off-exchange trading in energy resources: electricity, oil (at different stages of purification), gas, etc. The task that was set before the organization: ensuring clear and transparent terms of trade beneficial to traders. Attracting a large number of traders meant high liquidity for exchange.

ICE has successfully coped with the task, becoming in short time a global exchange organization with job specialization in the derivatives markets, extending the range of activities not only in energy but also in the product direction. With the aim of expanding its sphere of influence for over 10 years, ICE is actively buying small players in futures market:

2007 year was significant for ICE. During this year occurred the maximum enlargement of the exchange and optimization of existing tools. However, in the same year the Intercontinental exchange ICE has failed to buy the CBOT, one of the oldest futures exchanges USA). After a long competition went CBOT CME, which after the merger became CME Group.

This deal finally turned the ICE in the largest exchange organization in the world in the futures markets. However, the deal itself had an interesting history. Euronext was a major exchange platform, consisting of several leading stock exchanges of European countries. In 2007, Euronext was bought by NYSE and absorbed, which in its turn in 2011 year claimed the European Deutsche Borse (which owns the Frankfurt stock exchange and European futures exchange Eurex).

ICE intervened into the bargain (interested in futures instruments) and NASDAQ (claimed on the stock market). However, for NASDAQ, the deal was blocked by the US, where it is deemed that in this case, the exchange will concentrate in its hands the entire American stock market. Later due to antitrust considerations of the European Commission, the deal fell through for the Deutsche Borse as well. Thus, ICE was the only applicant for the acquisition, which was accomplished in 2013. Later, the Euronext division was partially sold to outside investors. 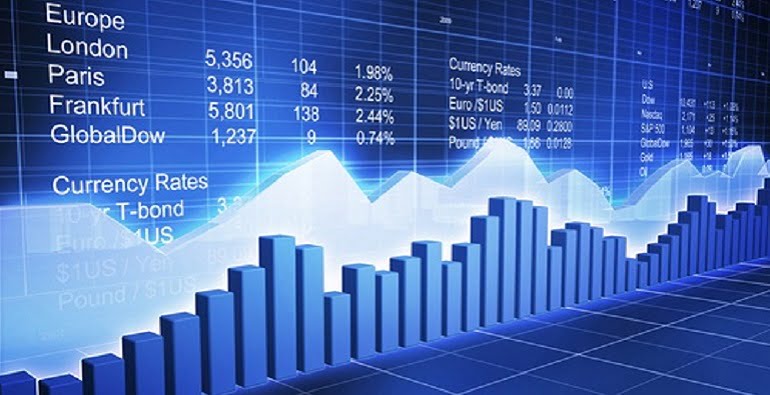 Today, the Intercontinental exchange (ICE) consists of 23 stock exchanges and trading platforms, where there are daily about 6 million transactions, maintained by 5  clearing companies within the structure of the ICE. Traders have access to about 9700 contracts with various assets. The company has several subdivisions, responsible for different sector direction:

After the NYSE became a part of the ICE, the transactions with securities companies, 90% of which are included in the Dow Jones Industrial 1000 and almost 80% included in the S&P500 are performed on the trading platforms of the exchange enterprise.

Intercontinental exchange (ICE) is a huge giant, which has a high-tech developments in the field of software. Information protection, a wide range of tools, accessibility, operational transactions provide the best exchange global leadership as in the futures market and the stock market. In our following review, we will take a closer look at the history of NYSE and Euronext, which at the time were also leaders in their region before they became part of the ICE.