One day the Shanghai stock exchange has fallen by 6.4% (260 billion US dollars) that was the biggest collapse in the last 20 years. It happened on 25 February 2016. Stock indices of China are a direct reflection of the economy because of the features of the Chinese stock market. And if the decline, for example of Dow Jones will not cause such a strong panic among investors, the Shanghai Composite decline caused another round of global economic crisis.

The Shanghai stock exchange: from the founding to the present day

China is the second economy after the United States: a closed, regulated, but no less strong. US stock markets is more democratic, marginalized, and represent rather equivalent financial companies, while the Shanghai stock exchange arranged in the image of the stock market of Japan. The date of its official establishment – 1990. As in Japan, the Chinese leadership decided to merge all the existing stock exchanges and to establish uniform control over the stock market.

The Shanghai stock exchange refers to a non-profit organization and is completely under the control of the securities Commission of the PRC. The purpose of the exchange:

SSE is quite a closed structure, which role is not to attract foreign investors, but rather the development of domestic financial markets, independent from external economic shocks. China has only two stock exchanges: Shanghai and Hong Kong. A unique model of separation of functions, where Shanghai stock exchange is responsible for the domestic market and Hong Kong for attracting foreign investors, allows the Chinese government to strictly control the country’s financial market and to distribute cash flows.

The first appearance of the exchange recorded in the late nineteenth century, however at that time exchange platform was not trusted by large companies. In fact, at that time SSE was a “store” of securities of banks which are owned by the exchange, but for foreign interest, she was not. And when it seemed that the exchange is about to close, the salvation came. Demand growth in 1910-1915 on the rubber has forced the owners of the exchange and entrepreneurs in the rubber sector share capital. Since that time, SSE became a driving force and indicator of the entire industry of China, becoming a financial center of the country. The sunset of the exchange has come since its reformatting in 1990. Investors switched to the Tokyo and Hong Kong exchange, the SSE recently is associated with the economic crisis. 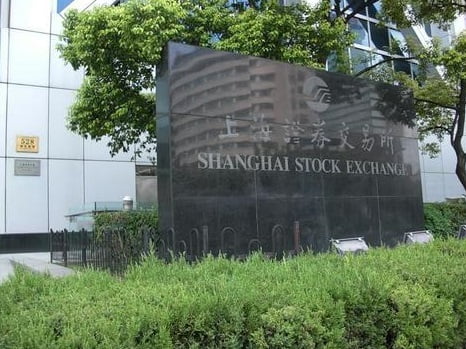 The shares traded on SSE are divided into 2 types:

This separation is done with the sole purpose to limit the influence of foreign capital on the Chinese economy. Non-residents have the opportunity to make transactions with the shares of class “A” only after receiving the license of the “qualified foreign institutional investor” (in theory these include insurance, pension, investment funds) and only within the allocated quotas. From October 2014, foreign investors have gained access to securities trading of 500 largest companies, which was a serious relief. Trade of securities of the class “B” for non-residents is not limited.

At present, the Shanghai stock exchange operates securities of more than 900 companies, of which about 80% are fully or partially owned by the government. The perspective of exchange is quite certain: large companies, leaders in their industry in the Chinese markets have been working with this platform for a long time. SSE will continue to pursue a policy of stabilization and redistribution of financial streams of the country, remaining sixth in terms of trading and capitalization in the world.