LSE was founded 1565-м году, and after 20 years the Frankfurt Stock was founded, which existed separately for 450 years, and after that they became, a single unit, to become one of the largest exchanges, in capitalization and trading volume.

LSE – a way to conquer the European exchange market

Today, LSE is one of the largest exchange centers in the world where the transaction with securities companies from 115 countries of the world appeal. The history is interesting: if one of the exchanges of Frankfurt – in fact, immediately after the Foundation received official status, English merchants and financiers have been officially registered by the LSE only in 1801. Until 1695, the exchange was completely a commodity, that is, played the role to some extent, the market or auction where buyers and sellers agreed on the best price. And only in 1695, the securities appeared among the financial instruments with the LSE.

The first transaction took place in English coffee houses. It is believed that the English coffee houses originated such nicknames among traders as “bulls” and “bears”. “Bulls” were called those who stubbornly went ahead, relying on the growth of the market, that is, penetrated by force. “Bears” were called those who “divide the skin of not killed bear”, that is entered into the transaction on sale of an asset, in fact not having it.

The first set of rules of the LSE appeared in 1812, when the criteria by which brokers were allowed to enter to the exchange was determined. Moreover, private traders could not enter the exchange, and acted only through brokers.

The heyday of the exchange came in the late 1800’s-early 1900-ies, when NTP actively began to develop machinery manufacturing, railway and shipping. Before the war London was considered one of the world’s leading intermediaries in the financial markets of the world – by 1901 the securities of 3000 companies were bought and sold there.

Automation of trading, got to LSE only in 1986. The development on introduction of electronic trading system conducted over 25 years and completed by total reorganization:

Competitors began to stare at LSE. The NASDAQ even called the price at which it wanted to buy the LSE, posted on their own sites their own stock, the American stock exchange simply started buying from third party shareholders. The share of securities was brought to 28, 75%; however, later the stake was sold to Dubai-based exchange. But the LSE has actively teamed up with European companies: in particular, after the merge with the Italian stock exchange Borsa Italiana was organized by LSE Group. 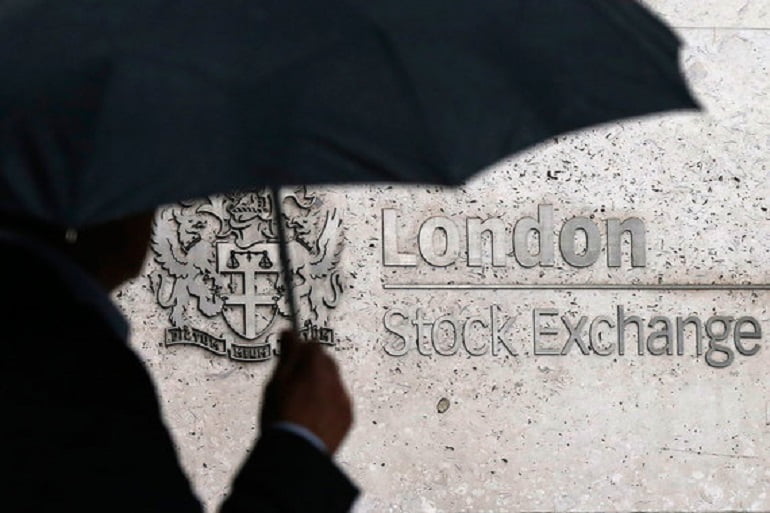 Today the membership of the LSE have about 400 companies, including major brokers and investment banks. Market shares on the LSE is divided into two parts:

LSE are reckoned in international companies. The number of securities of foreign issuers is about 50%. According to the trading the index of FTSE is formed here (basic ones just about 5), which relates to determining the country’s economy indicators.

Tools presented on the LSE (the list is not full):

Conclusion. LSE is a modern innovative exchange, which tries to moderately cover all the areas of both trade and innovative technologies. Earlier, the trade was conducted through the electronic trading system TradeElect, but a few years ago, the company moved to another platform Millennium Exchange, which replicates the functionality of the previous platform, but is more convenient to operate. After the merge of the LSE and Deutsche Boerse it will be a new world market that will be able to compete with such giants as ICE, CME and NASDAQ.