The decision of the European Central Bank on Thursday 10 March had a major impact on all commodity markets like stock and foreign exchange, and commodity. Stock indices showed a temporary rise immediately after the information about the monetary policy of the ECB, at the end of the trading session showed a negative trend, the Euro currency showed completely opposite motions.

After the US published not very good information on the labor market, as well as against the decision of Mario Draghi, the dollar showed further weakening. As practice shows, as soon as the dollar goes down and stocks are unable to determine price trend, then precious metals begin to grow.

The precursors to the recent rise of precious metals: 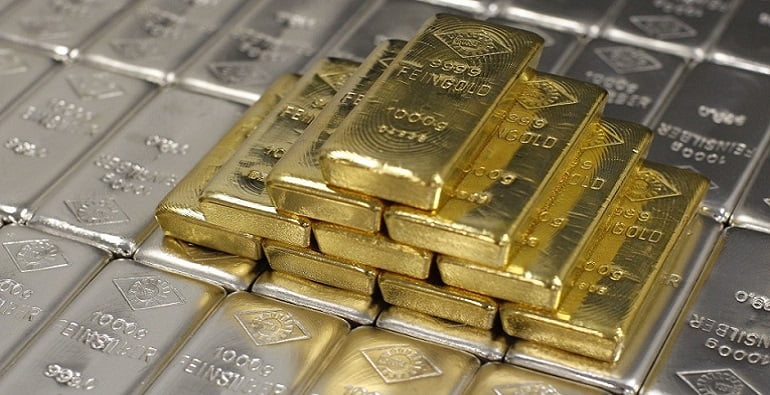 Precious metals quotations are correlated to each other: silver showed a similar trend, falling on the eve of the ECB decision to 15.59 USD. Platinum stood at $ 978, palladium — 570 USD.

On the eve of the ECB meeting, the precious metals were influenced by the “bears”, i.e. showed a tendency to decrease. The opening of Friday’s trading showed that investors made decision, making a bet on a “safe haven”. The price of gold has established its new annual peak level 1283,33 USD, by mid-afternoon dropping to $ 1273.

The nearest support level of price trend is at a level of 1265 USD, but a break of this level and price drop to $ 1251 USD is possible. Most experts are inclined to believe that gold will still go down.

The silver market was opened with the similar trend. The metal hit the top level of 15.72 USD, however, turned in the correction. Most estimated forecasts – for a decline of price trend to the levels of 15.43-15,20 USD per ounce.

Forecast on gold for the long term. Precious metals will be in a fairly wide corridor, which will display a drop-down trend. Achieving interim highs since the beginning of this year was replaced by a falling trend. Since there is every reason to speak about restoration of economy of China in the second half of 2016  and the next rate hike, the fed will return the attention of investors to the U.S. currency, we can not count on rising of gold. Possible short sharp climbs, but the overall trend will remain negative and will return the gold to level 1100 and below.