After the elections in the U.S. gold slipped to the level of 1330 to 1190 USD. In mid-January, the quotes for the precious metal fell to $ 1135, but partially recovered amid reports of rising demand from China and India. Gold rate in 2017 is ambiguous: on one hand, the strengthening of the dollar against the background of dramatic foreign policy of Trump (and its fast implementation) has a negative effect on gold. On the other hand, it is not clear what to expect from Europe. However, the price of 1300 USD per ounce was clearly oversold, as at a relatively quiet time the corridor was 1075-1200 USD, because the current quotes can be called the equilibrium. 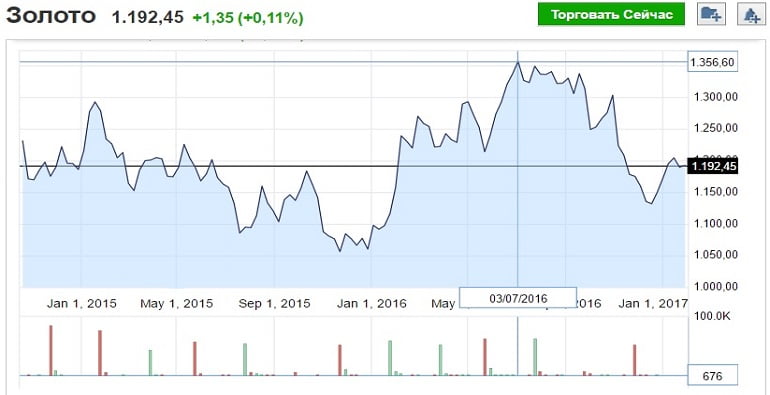 The analysts of Thomson Reuters agency predict a rise in the gold rate in 2017 to 1260 USD, which will be preceded by the unstable political situation in the world. Concerns primarily relate to the behavior of  Trump. If in the first half of the year gold will be kept by a strengthening dollar, in the second half of the year the situation will change radically. Yet US Treasury bonds remain in leaders, through which investors ‘ interest to gold has decreased.

According to analysts, the price of gold will affect:

Gold rate in 2017 is unlikely to bring surprises, and so the forecast of 1260 USD is more than optimistic. However, all the forecasts are only the personal bias. See how gold behaved in the first months of the U.S. elections and Europe in the last decade. 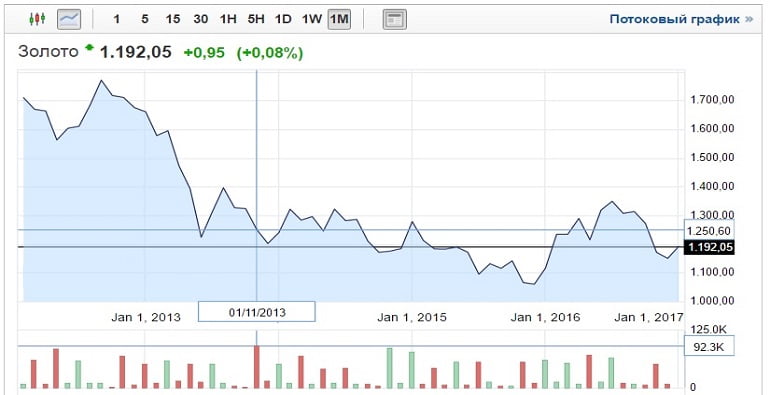 In the first year after the election of Barack Obama, the price of gold has risen from 816 to 1180 USD. Suppose that it can be explained by the mortgage crisis and inflating the bubble, which was blown away in 2013.

In September 2013 Angela Merkel has won the elections in Europe. Gold was worth about 1320 USD, after which dropped to 1250 in November and the strap was kept until October 2014. But even then, the drawdown was 80 USD.

The reaction of precious metals markets to the ECB decision