The evaluation of the credit rating of the company is another main criterion along with the license of the regulator, which shows stability and creditworthiness of the company (and the country). Despite the fact that the assigned rating does not protect against problems, and in some cases the issuers refuse the ratings, to completely give up on the assigned ratings is not necessary. Yes, they can often be untenable, but in some cases can create an overall picture about the company.

The evaluation of the credit rating is “shoulder to shoulder” with the audit reports of large organizations. Because I believe the overall transcript of their ratings will be interesting. By the way, the company’s credit rating cannot exceed the rating of the country.

The evaluation of the credit rating

stable — in the next valuation, it is unlikely that there will be changes in the ranking.

The forecast horizon is 6-24 months. Letters A-1, and so on belong to the short-term rating. Instead of the last two lines there can be additional letters of evaluation of credit rating (you see them below in the summary table). You may get to know the rating of the company (securities of the country) on the Agency’s website. To do this:

The registration on the website to view the assessment of credit rating is required. Ratings in national and foreign currency of one company may differ, the values of LT and ST denote, respectively, the long-term and short-term ratings. Understanding of the rating values over time may help to understand how long you need to start with investments.

As S&P, the Agency’s forecasts are divided into short and long-term ratings. The category is also made up of several letters, but instead a signs the figures are attached. 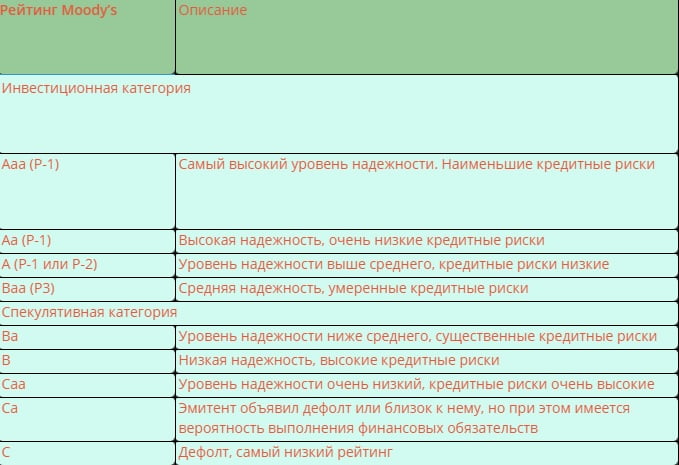 To get to know the forecast is also possible from the website of the Agency. Also on the website a function of viewing the history of the rating with a graphic image (a convenient tool for the analysis) is available. Evaluation of the credit rating of the agency is often more pessimistic than S&P. 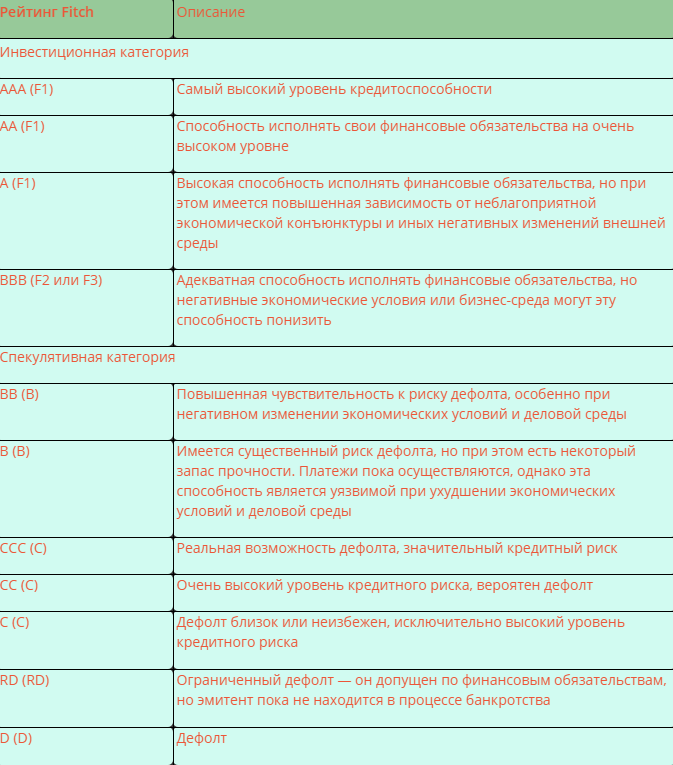 General comparative scale of the international ratings agencies will look as follows: 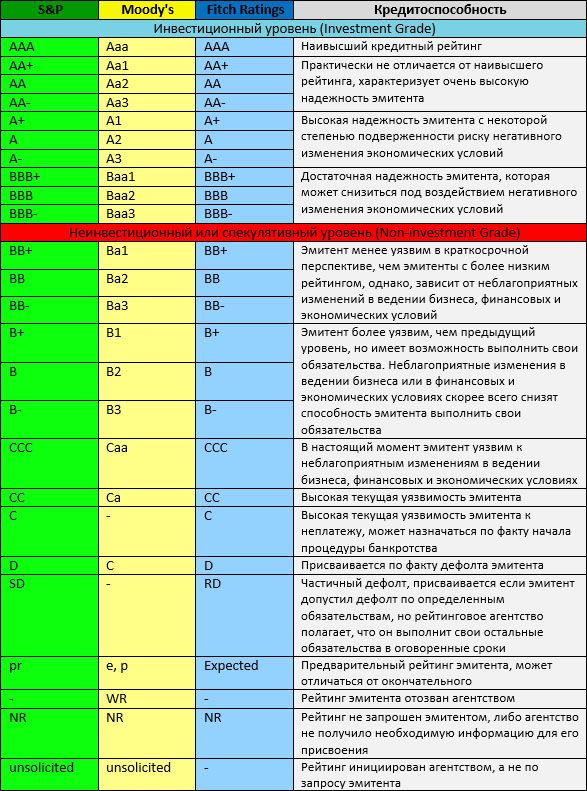 Legislative changes from 2017 in the area of ranking has recently banned the international agencies withdraw their ratings because of what the majority of ratings in the past year has been withdrawn. The Agency is motivated by the fact that the imposition, for example, sanctions on Russia have forced them to revise the ratings downward, but with the new law, the revision now is excluded. Changes also touched national ranking, namely licensing agencies. While the official agencies are only the AKP and the “Expert RA”.

Rating Agency owned by private entities of financial groups. So many analysts believe that the agency is politicized. 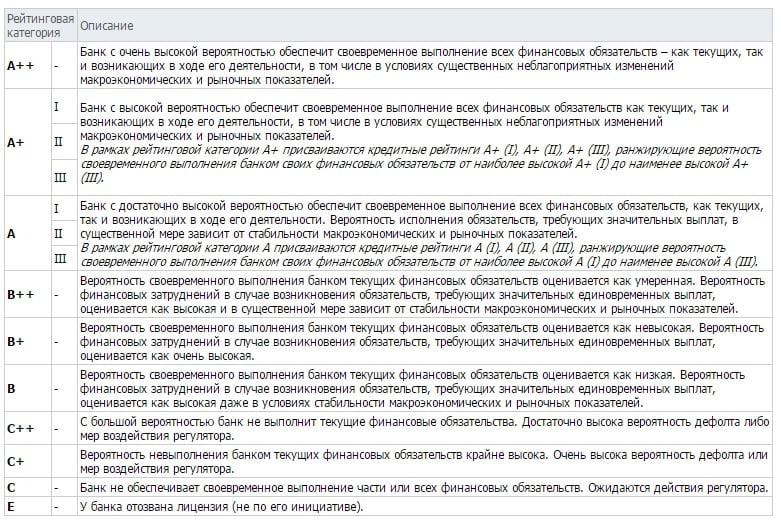 As with international agencies, “Expert RA” has the scale of the forecast, which the Agency may change during the validity period of the rating. Ratings can be viewed on the website in the relevant section. There are no divisions in terms.

We couldn’t find the scale of ACRES yet. Possible until there is a transition period, it is not in the public domain, or available for registered users only.

Comparative characteristics of ratings of international and national agencies look like this: 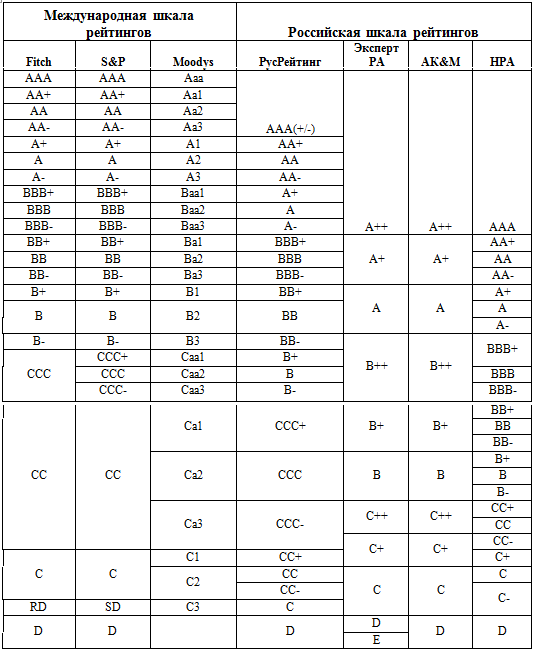 Despite the fact that after the legislative changes accredited by appraisers only ACRES and “Expert RA” left, the ratings of other agencies are still valid, that is why they are given in the table.

Summary. Evaluation of credit rating though is not a deciding factor, but the analysis of all 5 of the ratings and their comparison can give a rough picture of how much you can trust the company and in what time period. National rankings in most cases are too high, and foreign agencies may not appreciate the depth of the problems of the Russian economy, where the human factor plays the role. Because the assessment of the credit rating does not give a 100% guarantee of reliability of the Issuer, but may partly reflect his resistance.

How to reduce the load on MT4

The loan agreement everything investor needs to know