The cryptocurrency market brings together more than 800 varieties of electronic coins, with which traders earn hundreds of thousands of dollars for almost 10 years. The most popular is still bitcoin, which can bring investors more than 100% per annum. Investment exchange portal Investlb.com will tell you all about how the global cryptocurrency market is organized, how to make money on exchange rate fluctuations and to minimize the risks. Read publications of experienced traders and learn to earn on the new technological trends. 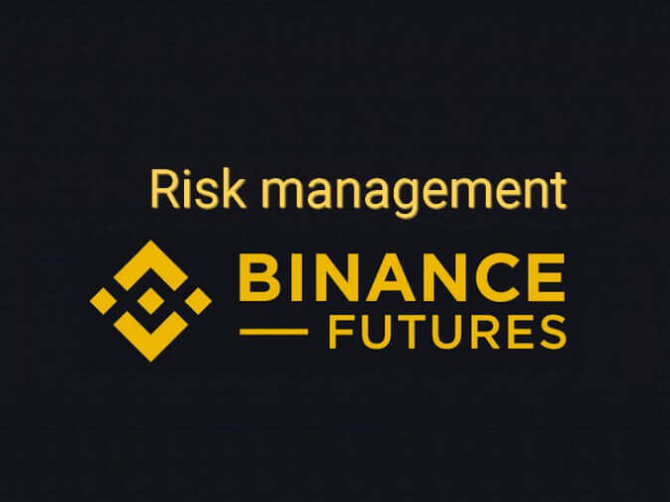 The Crypto Futures on Binance offers many different services for linking to trading bots or traders via API keys. Users need to create an API key. Continue reading 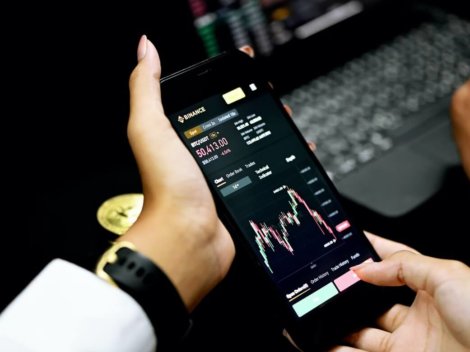 Now hedge funds and traders can launch their copy trading

If you manage a hedge fund or you trade cryptocurrency futures, this new AUM Expert product is for you. AuM Expert is a technological. Continue reading 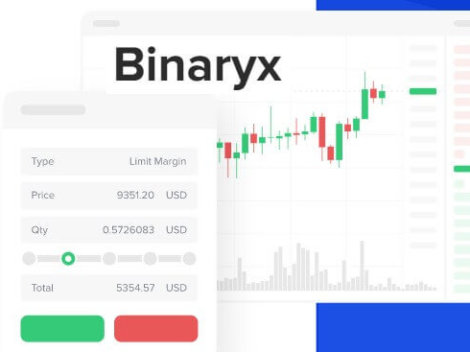 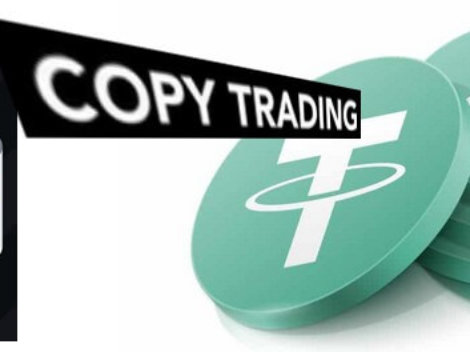 Start Copytrading on Binance and increase your USDT holdings

Deposit USDT to your Binance account and start using AIVIA copytrading system to copy strategies of successful traders and bots to your own Binance. Continue reading 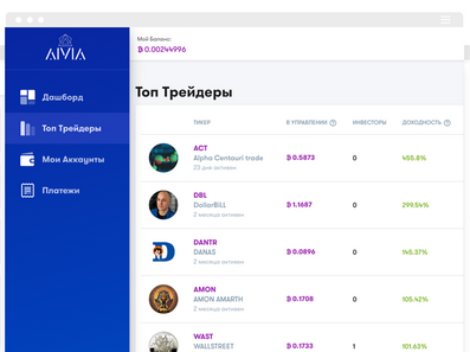 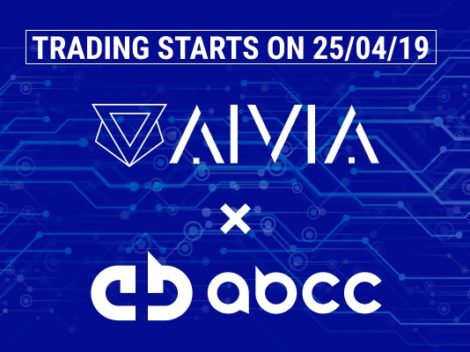 AIVIA is listed on ABCC

AIVIA Team is very proud and excited to announce that we are officially listed on ABCC Exchange starting April, 25th! AIV token will become. Continue reading 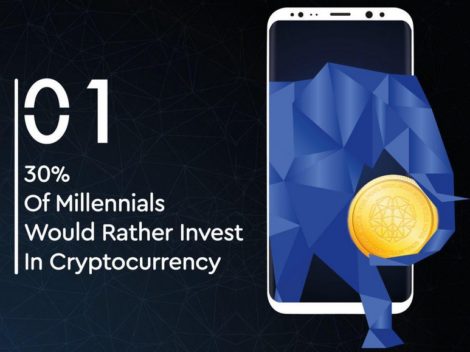 30% Of Millennials Would Prefer Invest In Cryptocurrency

2017 was a year of great change in investment tendencies. Cryptocurrencies have become one of the most promising assets to invest in. The. Continue reading 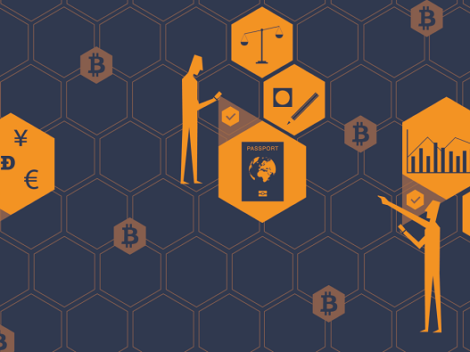 4 major banks are going to launch its own cryptocurrency

4 large banks with a worldwide reputation thinking about creating a cryptocurrency which will provide instant payments within the system. New digital. Continue reading 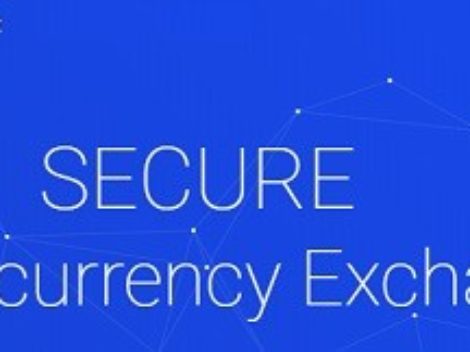 Cryptocurrency is massively gaining popularity. Someone even calls them technologies of the future in the financial sector, and someone earns on. Continue reading 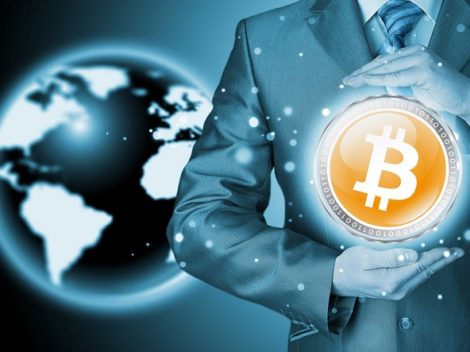 In October 2015, the exchange rate of bitcoin stood at approximately 230 to 270 USD, but in November the rate increased sharply to 350 dollars, in. Continue reading 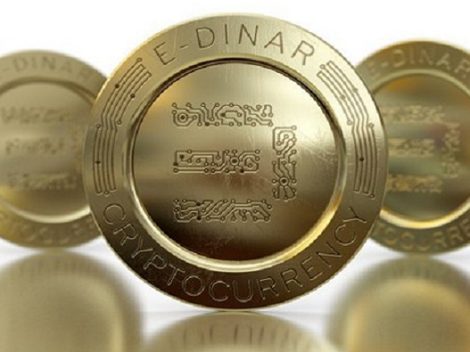 August 15, 2016, the media reported that new cryptocurrency "Edinar" was launched on the market, which in the first days of trade has crossed the. Continue reading 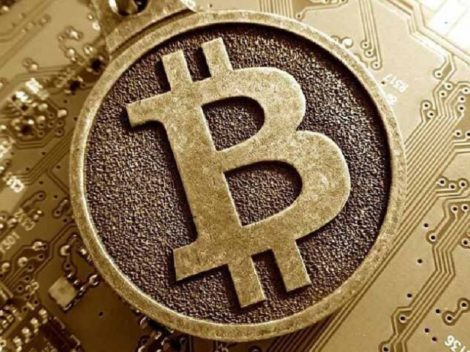 Hello dear visitors of the investment exchange portal Investlb.com. Today we have a special guest who will share his experience in a new type of. Continue reading 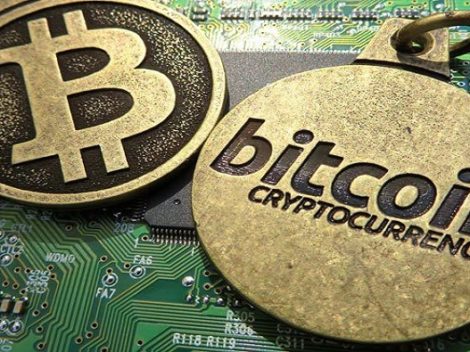 There is only one crypto currency – bitcoin, other cryptocurrencies do not exist

Good afternoon, dear readers of our investment exchange portal. Today our guest is one of our regular contributors to the website, Alexei Romanov,. Continue reading 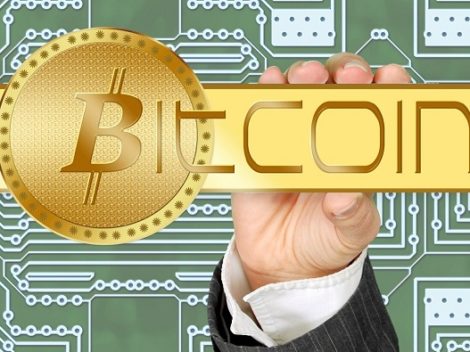 A few years ago, the meteoric rise of bitcoin has attracted huge investment in this asset. However, the cryptocurrency also rapidly went down, and. Continue reading

If you have your own opinions on the cryptocurrency market, you can always share them with readers for free by signing up on our website as an analyst.

Not less growth is shown by Ethereum – a young cryptocurrency, created in 2015 by 21-year-old canadian programmer of Russian origin. In March 2017, the currency was worth 14-18 dollars, today it costs $ 250-255. If bitcoin had the opportunity to earn 300% profit, then the ethereum could get about 1400%. Capitalization of cryptocurrencies is the second largest — just over 24 billion USD.

Why there has been a sharp increase in the capitalization of the cryptocurrencies, and what are its prospects and is there a possibility to earn more here, read more.

How the cryptocurrency market appeared

The cryptocurrency market began to emerge after 2010. The emergence of bitcoin in 2009 was almost not seen. And even after the first transaction in 2010, (the famous and legendary history with the purchase of 2 pizzas for 10 thousand now) the progress did not happen. Only with the continued development of the blockchain technology, which began to introduce a large corporation, has an interest in cryptocurrency. Blockchain allows you to encrypt and transmit data within a single system and produce procedures for internal clearing. For clearing 4 world Bank plans to launch its own cryptocurrency.

Assessing technology, the financial community immediately rushed to make investments. The rise of prices in just a few months was around 1000%, the price rose from 130 to 1100 dollars. At this point, the market began to emerge:

The currency is equivalent to a valuation of the goods for its subsequent exchange. Bitcoin in 2013 was not a full-fledged currency because of its growth was solely due to speculative component. As is always the case with bubbles, the sharp rise is rapidly followed by a fall. It didn’t manage to fall the bottom, but the investment has depreciated more than 5 times.

Until 2016 the coin was not so popular, but began to appear other analogs of the crypt — Litecoin, Ethereum, Monero (today there are over 100 cryptocurrencies). Investment in them has brought a small but steady income. The rise was accompanied by news about the technical side of the asset and its growth prospects. The absurdity of the speculative boom has reached the point that a new crypto projects did not differ from HYIPs with similar legends.

Finest hour of bitcoin has come in early 2016 with the collapse of the stock market in China. Even then, 90% of the volume of transactions accounted for by China, because with the fall of the Shanghai stock exchange index the number of transactions immediately increased by 7%:

Finest hours continue in the summer of 2016. A referendum in the UK was a complete surprise, raising its quotes of bitcoin and gold. The news contributed to the start of a new strong trend that remains still. Several questions arise:

Review of online quotations, similar to the situation in 2013, but on a smaller scale.

Investing in crypto currencies: what a novice investor needs to know

Features of the world cryptocurrency market:

To buy and withdraw bitcoin is possible through world exchange, Poloniex, Kraken, Bitstamp, etc. Online review of the dynamics of prices can be seen on the investment resources or exchanges. There are more than hundreds of stock exchanges for transactions. The transfer of money occurs through wallets, recently in Moscow there was one ATM where you can buy or sell bitcoin.

Reasons for the rise in cryptocurrency prices in the spring, according to analysts:

Analysts have been skeptical of the cryptocurrency. Below are a few of the opinions of analysts working in trading:

The cryptocurrency market is unique in that it is not subject to the laws of Economics as commodity or stock markets. The forecast is difficult, because the market operated by news and speculation. Analysis of the online quotes can show a flat, but the driver are the expectations of investors, and they are still very optimistic.

Summary. Any investment is a risk. And investment in cryptocurrency is a bigger risk than gold, currencies or securities. “Crypt” may fall at any time and create another precedent of the bubble. A historical perspective on the behavior of quotes shows that the bubbles are inflated once in 15-20 years. And if more recently, this bubble is considered a rapidly growing segment of social networking, now is cryptocurrencies. Invest or not, you decide. In the following articles we will try to further reveal the cryptocurrency.