Since 2010 the companies in the pharmaceutical industry show a high level of growth. More and more companies go into the sector of development and clinical trials, testing new drugs. 5 years, from 2010 to 2015. investors amounted to 350% — it is so increased biotech index. The leader of growth was the company Pharmacyclics — 6000% from 2008, and in 2015 the rise was even stronger. The company develops drugs against cancer. 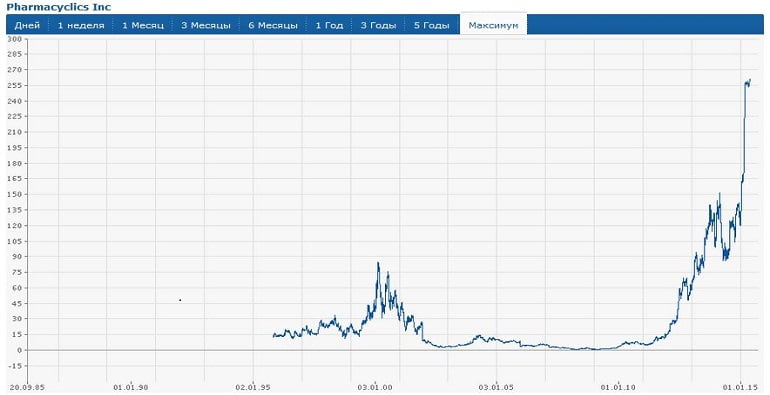 Another interesting company is Myriad Genetics, also working in the field of cancer innovation, but focusing on a person’s predisposition to cancer. From 2004 to 2009, securities of companies increased by 6 times, but after a strong correction have not yet returned on the maximum levels, which makes investments in biotechnology potentially attractive. The drop in prices was influenced by judicial fact, the purpose of which was to prevent the company’s patenting of certain types of development, but by 2015 quotes partially recovered.

Another type of promising investment in biotechnology — pills for weight loss. An interesting example is the quotes chart of Arena Pharmaceuticals, which paper on the contrary for the past 5 years has gone down dramatically, although with local ups. Reason: in 2012, one of the main products of the company received FDA approval which brought investors 160% of income, but the establishment of mass production and distribution has failed, causing the paper to go down. However, the negative trend says that paper are low, and hence investment in biotechnology will bring income in the long run. 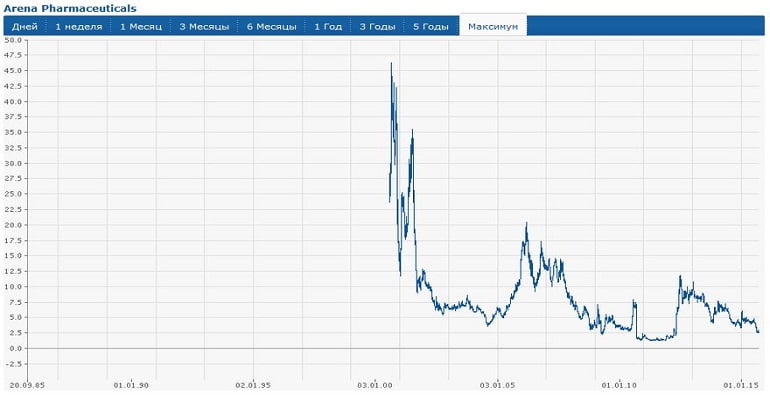 And the third perspective direction is bioenergy. Nuclear power has obvious advantages that make peaceful use of nuclear energy the most promising source of energy after oil. However, the atom has its drawbacks — the burial of nuclear waste. Investments in biotechnology will allow companies focusing on alternative energy in 5-10 years to take a very strong position. Potential gainers include:

If we analyze the securities of individual companies, it is difficult to make the right investment decision, as the quotes behaved in radically different ways. Moreover, the factors were not always  market ones (this is the feature of the pharmaceutical and biotech markets). However, the general trend (the growth index) is very positive, which can be seen on the example of chart of the iShares NASDAQ Biotechnology IBB. 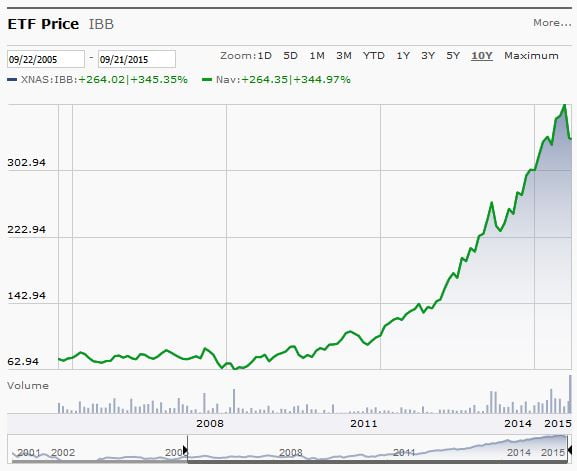 Now the investors have the question whether investment in biotechnology is a bubble by analogy with high-tech companies of 2000 years? There is no definite answer because it all depends on the demand for development. However, those who lost money in 2000, in 2015 could recoup the losses, as the index returned to pre-crisis levels. Therefore, we recommend waiting for a good correction, to invest in indices IBB or RBE (different from the first lower cost).

Bullion coins as an alternative to classical investments

How to capitalize on the holiday discounts