In fact, Leonardo Fibonacci is related to this sequence as the driver to the invention of the car. Fibonacci studied the properties and application of ancient knowledge about the sequence of numbers, each of which is equal to the sum of the previous two.

This sequence was used by the Ancient sages of Egypt and India, where they migrated in the ancient world. Apparently, it’s part of the hermetic knowledge, because the entire structure can detect such a sequence. It is used in architecture and engineering solutions, cryptography, and the arts and was named the Golden section. It turns out that the movement rate of the exchange of assets often occur at intervals that coincide with Fibonacci levels. Perhaps this somehow reflects the inner structure of man and certainly not done intentionally. FIB levels work, and why – nobody knows.

Considered to be the most important levels are the 38.2% and 61.8% — according to statistics, they often slows down or ends correction.

At all levels and Fibonacci in particular are the levels of support and resistance on the path of the exchange graph of the asset. By themselves, Fibonacci levels can not serve as the only reliable source of information for making trading decisions. Additionally, be sure to use other sources – for example, to build a grid of levels of support/resistance on different time frames and in conjunction with Fibonacci levels to analyze the market. The higher the timeframe, on which the level is built, the more important his role is and the greater the likelihood that the schedule will take it into consideration. Of course, the movement of the chart may not correspond to the point with the drawn levels, although it often happens.

Motion of graphs is wavy. It is the movement of the waves or their padwan outlines Fibonacci levels. And for each timeframe the sequence of the Golden section works the same way. That is, if you build the grid levels for different time frames and to further build levels of support and resistance, where these levels accumulate, are the most powerful levels and when appearing in such places important candlestick patterns you may make a trading decisions.

The grid of Fibonacci levels “stretches” on the site of directional movement chart – trend plot, before the rollback. Depending on the purpose of the analysis grid is set to the entire wave, or part of it. Still, it is not necessary how many candles in this sector – it’s important to have more than one. And it is better to choose the timeframe on which interest portion of the graph will look informative.

After the installation of the grid on the chart analyzes the behavior of the graph on a plot area of rollback – determines where likely over correction. And no need to rush to remove the screen after the correction – switching grid levels indicate the purpose of the motion graphics will help to define the TP. And here is the same principle – the coincidence of testimony of different sources. The stronger the pulse will look like the level, the more likely the end of the motion graphics asset about him.

In the figure, as the Fibonacci retracement levels clearly indicate downside momentum. Such pulses — a gift for trader. Visible to the naked eye an ideal entry point is when the graph has broken the level of 76.4 — wavers call it “the entrance to the third in the third,” that is, in the third under wave the third wave of the impulse. 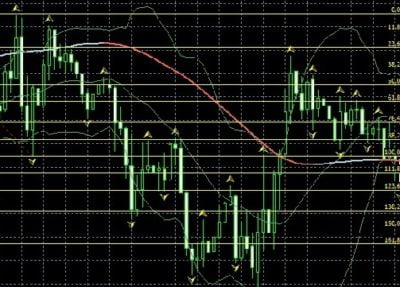 The following illustration shows two grids of Fibonacci levels for determining the end of motion graphics. Rollback began at the site formed above the 161.8 level of the first mesh, stretched in the first wave, pulse, and exactly at near the level of 300.0 second mesh, stretched from the first subwave of the third wave impulse. Additionally, the resistance level determined by the level indicator Murray — formed based on Fibonacci ratios, which can be considered the third grid levels.

Indicator of crisis: how to determine its approach

How to get profit on affiliate programs