Patterns of binary options can often tell the price trend for the medium and long term. Professionals can track the formation of the figures for a short period, but due to the price noise, the momentum of the trend of boundaries of shapes may be blurred. So pattern analysis applied to long time frames to identify the general trend of prices with the subsequent levels of support and resistance and also to determine the onset of flat, pivot points, etc. What are the patterns in binary options, what are the figures and what they indicate, read on.

Analysis in binary options trading can be fundamental and technical. Technical analysis can be divided into indicator (overlay on the chart moving averages, oscillators and other compound instruments), candlestick and pattern, they are closely intertwined, but have fundamental differences.

Binary options patterns –  a sustainable model in the chart, which most likely determines the future behavior of the market. Pattern theory is based on the fact that in the long historical period there is a repetition. So at the time of formation of the template shape, based on historical experience, we can assume, where the main trend will be directed.

Rules of work with candlestick patterns:

Patterns types can be divided into several groups:

The most famous and simple pattern market models

A reversal binary options pattern. I would like to emphasise that the figures should have different peak values. If the stock of the asset after 2 peaks drops below a support level it is likely there will be a final reversal. For the graph, apply a line of the main trend. 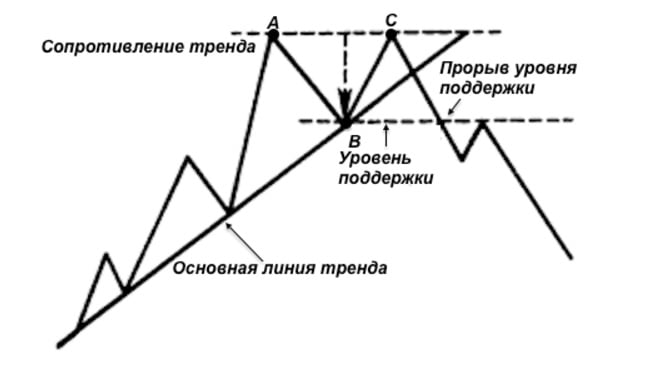 In reality, the price line is not so unambiguous, that is, those zigzags in practice will not be present. Therefore to confirm the pivot point Fibonacci retracement and oscillators can be used.

There are three types:

The latest figure in practice you can displayed the following way:

Pin-bar — old, time-tested reversal candlestick pattern that is formed in the moment of sharp movement and equally sharp reversal. Its characteristic signs — a short candle with long shadow, directed in the direction of previous momentum. The pattern is relatively easy to catch:

Perfect signal — the short candle still rising, but even a reversal candle is fine.

The image above shows the formed pin-bar, which, however, is not confirmed by the stochastics. There are risks really, because you can open a binary option only when explicitly following the formation of falling candlesticks.

Please note: the second rising candle is the last, after which there is a falling candle, and it is in size more than the previous rising. Stochastic, albeit not clearly, but also shows some overbought asset. One of the advantages of the pattern is a relatively frequent appearance and smooth slippage of the broker. There are times when graphics are redrawn, but it doesn’t have a fundamental impact on the pattern.

New traders often make mistakes in identifying this candlestick combination. The flag consists of a few candles (6 or more), so it is difficult to identify. But it definitely shows the potential direction for trade. 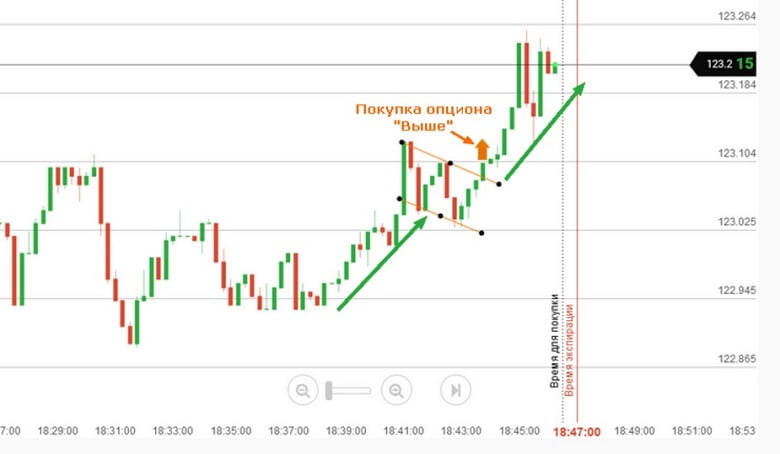 Partially the flag is reminiscent of the tactics of the purchase of the option on the break of the level, and the line of the flag is a time of resistance and support.

Those who worked with pattern strategies, can meet such a thing as “PriceAction” — movement of prices. This term came to binary options from the European market and essentially means the same analysis of the market. And let the PriceAction can possibly be met on the sites— PriceAction is the common name for forecasting the direction of the quotations without indicators on candlestick combinations.

Another popular trading strategy is “Last breath”. Despite the beautiful name, the principle of trading tactics are classic: you have to draw support levels (resistance), wait for their achievement and at the moment when an opposite candle appears open binary option. “Last breath” is the last candle, where the trend slows down and turns around. Due to “sigh” the fact that traders, making rate of growth (decline), understand that the required levels are reached, and close position. And this is another example that there are basic tools on which dozens of slightly differing tactics are built.

Alas, in practice, work with pattern strategies is very different from theory. Whatever the precise technical analysis, the appearance of candlestick patterns may not guarantee successful opening of the position.

In the figure we see the simultaneous combination of two patterns (a circle). On the one hand, the absorption of visible blue candles by red one, but the stochastic is at 50, so it is impossible to say whether the declines are temporary. Just in a minute red candle draws huge shadow (the appearance of the marked yellow arrow). In accordance with the pattern of “pin-bar” this may indicate a divergent trend in growth and stochastic went in the oversold zone. It would be possible to take the risk to open a trade with expiration of 3-5 minutes, but the risk would be too great.

The next minute Japanese candle again draws the decline, while stochastic begins to unfold. Skip the first growing candle — it does not correspond to the models of absorption, therefore there is the probability of a downward correction. Only when the second is drawn a growing candle, stochastic lines cross over and leave the zone “0-20”, open a minute option (the appearance is marked by the rhombus).

The strategy has paid off and that the stochastic did not disappoint, and the candle went straight up. Expiration of even 5 minutes was successful, but 70% of the income is enough. Earn 7 USD, but we understand that in practice to catch the exact pattern binary options trading without having practice on demo account is very difficult. Theory is very different from the practice.

Summary. Patterns in binary options are an auxiliary tool and, in exceptional cases, there may be an independent strategy. One of the biggest challenges is to see the shape and to make a correct forecast. The market is volatile, speculative and institutional investors can easily ruin an emerging figure. Partly to reduce risk to the trader the analysis of several time frames and a combination of candlestick analysis with technical indicators will help. Ask all questions about the use of patterns in the comments after the article! 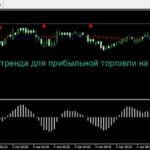 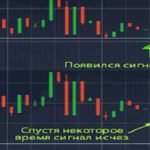 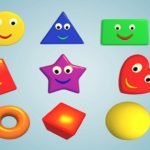 Support and resistance in binary options