You decided to start trading in  the world stock and currency markets? Great! This is the right decision, as the stock market, corporate and government bonds are very dynamic, and some currencies give rise to capitalize on short and long positions. However, be warned: the novice trader can be caught into a trap. Moreover, a fraud can be not only a brokerage company, but also the situation on the market. Unfortunately, there are cases when the movement of the market determines the collusion of institutional investors, and individual traders lose money for unnatural fluctuations. The schemes in the stock markets that are not quite right, we will describe below.

How to recognize a fraudulent scheme

The most common form of fraud is broker-kitchen. This is a company that provides its clients with the alleged IPO. The trader maintains an account, starts trading, believing that it is the real market, but in fact trade is conducted in the internal electronic system of broker quotations only partly close to reality. Once a trader begins to earn, the broker-kitchen “hang on” terminal to artificially change the direction of the trend, finds excuses to order not to work etc.

The symptoms of a broker-kitchen:

Contract from brokers-kitchens are made in such a way that the customer may lose deposit almost unilaterally. And most of all no contracts are concluded. Alas, the big brokers are also guilty of cheating customers. For example, still do not subside scandals around broker, who is one of the five leaders of the Forex market in Russia. Series of judicial proceedings do not spoil the broker’s reputation. Part of the traders believe that MetaTrader had add-in running on the broker, some investors could not withdraw money. Part believes that only 10% of clients got on the real market (access was given only to experienced serious players). However, the broker continues to operate successfully.

There are a lot of ways to protect yourself, and most of them are effective — work with foreign brokers, not domestic.

This scheme is popular in the US, where stock markets developed most strongly, and is more typical for the stock market. Broker buys little-known, illiquid securities of the issuer, and then actively enforces them to his client at an inflated price. It seems simple, but on such schemes in the stock markets regularly come across dozens of foreign inexperienced investors who by reason of ignorance do not know the real value of the asset, and do not know how to double-check.

Most of these brokers after deceiving some investors disappear, but some go even further: they propose to already defrauded investors the compensation in exchange of worthless securities for liquidity. However, they ask to make a guaranteed deposit to cover the cost of transaction, taxes and commissions.

Here also everything is simple: a trader is investing with a broker in securities or foreign currency, even makes a profit, takes it, settles down and invests more. However, in reality payments are at the expense of other traders who also make money. You think that you will not get into trap? Alas, first, to identify a fraudster is difficult (in the US, there are segregated accounts and the balance through a broker, under the control of the controller, but there are not all is rosy). Secondly, the Madoff pyramid showed that even millionaires got into such schemes. 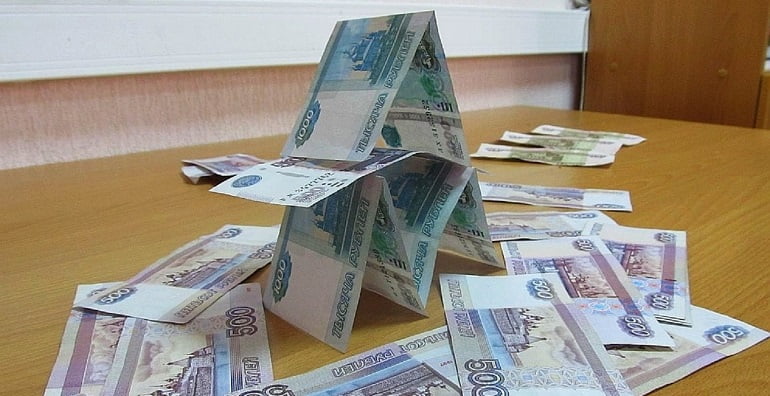 1.4. The imposition of participation in investment programs by the broker

Although the broker is merely a facilitator, the scheme on the stock markets sometimes can not be performed without him. The trader offers interesting options of investing in various projects (e.g. in offshore areas, where it is difficult to control the movement of the account) or the international program. The investor will even provide confirmation that the program has already invested a large money. It is logical that the trader will not see his money, and it will be difficult to catch the broker.

2.   The fraudulent actions of speculators

In 1934, the insider trading in the United States were banned at the legislative level (the Pecora law). The insiders took the shareholders owning more than 10% of the securities. It is logical that owners of large packages of securities could know in advance about the content, for example, report profit that put ordinary shareholders (traders) in an unequal situation.

But if the regulators and the exchange itself are successfully fighting with this, the more interesting the use of anti-insider information, in other words, rumors and spreading of false information. This method may cause panic among investors, or vice versa to forced to invest in unprofitable project. Manipulation of the hearings, statistics, articles in the media — a great way regarding a legal fraud.

In Russia, the most famous insider scandal was the purchase by Altimo company the major stake in “VimpelCom” in 2009. After some time, VimpelCom has won the state tender, the stock grew accordingly. What would have ended the litigation in Russia — is unknown, but the second shareholder “VimpelCom” Telenor won the case in the US because the shares of “VimpelCom” turned on the American stock exchange.

The schemes on the stock markets allows traders to cheat the company they work for. Logically, that first of all the clients of such investment fund will be affected, and other traders can be fooled by non-market quotations. The essence of the scheme is in the following:

In words, everything seems to be simple but in practice it is not. For example, on the same MICEX trades can take place in two modes: glass Mode and negotiated Deals. The first option is anonymous, and in the future, the trader may say that simply to satisfy someone’s request in the glass, denying the relationship with the intermediary. Such illegal anonymous transactions are conducted mainly at the beginning or the end of trading, when the glass is empty (otherwise the transaction will not interfere with applications of other traders). It is logical that transactions are onetime because the trader is not able to show losses constantly.

2.3. Artificial stimulation of the market

Such transactions are banned in the US in 2010 (Dodd-Frank), but it is very difficult to prove the criminal actions of a trader. The essence of the scheme of the stock market (or currency) is simple:

The question is how to prove that the trader did not change the decision legally? However, example — the penalty is 3.1 million dollars in October 2014 (Michael Coscia). In April 2015, Navinder Singh Sarao was arresrted, who was accused in 2010  by the machinations of orders he had fallen off the Dow Jones by 600 points in a few minutes. The stock market had lost about 1 trillion dollars of capitalization (resonance falling of market Flash Crash).

Summary. Schemes in the stock markets and the Forex market are not new, but they still come across traders. Do not be afraid of stock market trading, but also take risks wisely, realizing that not always the price trend can be a major. Carefully double check all the news and be careful!

Should we trust the offshore regulators?

A-Book and B-Book: the principle of operation of a Forex broker